Excerpts from Fairy in the Bed series 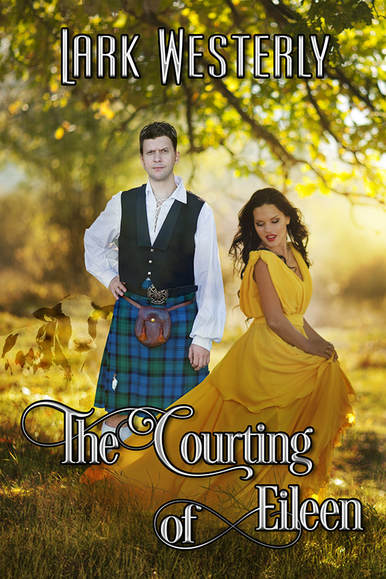 Highland Sean has come to meet Eileen o' the mist with a view to a possible match. They're both in an awkward position.

​             He had black hair, luminous eyes and skin as pale as hers. He looked like a braefolk man to her, but the eyes were leprechaun green. He gazed down at her with a strange expression and Eileen sighed.
“Sure, I’m big for a colleen,” she offered. Better say it herself before he said it for her.
He continued to eye her, and she put up her hand in case she had a tail-swipe mark on her cheek.
“You can’t be wee Sean,” she said, although she had no idea who else he could be.
“Aye, I am.”
“Wee Sean?”
A sweet smile swept over his face. “Aye, seems daft, but you’ve not seen my brothers.”
“Highland Sean, two brothers down from Hamish, and fourth son of Lachlan McTavish and his lovie Jenny?”
“That’s about the size of it. But we don’t call it a lovie on the brae. Mum is Dad’s wife, or his lady, or his lassie when he’s feeling romantic, which is often.”
She nodded. “You’re braefolk. Kieran said you were a leppy.”
“Och, I’m leppy right enough.”
She looked him over, frowning. “Your face and hair…your eyes.”
“Leppy.”
“No. Gossoons are green.” 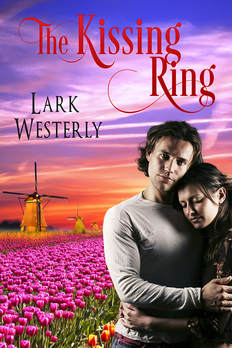 Tom has parted from his girlfriend Ryl the day before. He's working in Tasmania at a tulip farm and she's flown back to her home in Victoria... Ryl left him a present.

He straightened the ribbon and started on the paper. It was printed with tulips. Had she got him something from the showroom? Not klompen. It was too small and too light for that. It was really too small to be anything but--
The clock’s hands clicked to midnight and began to tally the next day.
The parted paper revealed something Tom thought at first was a tiny book. Then he realised the padded covers had a clasp and unclipped it. It opened out into a double photo frame. On one side was a two-inch print of a picture from the photo shoot Marieke had done the day he arrived.
He saw now why she’d kept telling him to smile.