Who is What in A Fairy in the Bed​?

There are several different types of fay. Below are some of the major types, with some of the more notable characters representing that type. A manifest or mani is not the same as a type. Manifests are individual magical talents which range from a skill that never had to be learned (as with Gentian Grene's apothecary manifest) to a complete second self (such as Calypso Lindon's Calico persona).  Below are alpenfee, braefolk, bogles/boggarts, courtfolk, elves, fijordfee, fisherfolk, galleonfee, herdfolk, hobs, leprechauns, piskies, pixies, seafay, sylvan, tegs, treefolk, waterfolk. There is then some discussion about specifics. Below that see over there animals including cloud-steppers, Connemara cobs, Connemara ponies, fay cattle, fay deer, fay goats, fay hens and kelpies
Alpenfee
Women are madchens and men are tals
Alpenfee characters include

Brigitta Merriweather. Her husband is human so their children Sabrina, Fabienne and Jasper are halflings. Brigitta appears in Man Overboard

Emer Drumwiddy Inkersoll wife of Rory Inkersoll
Emer is mentioned in Sunshower, ​The Kissing Ring, Love Began at Christmas and appears as a major character in The Red Cat

Bogles
​Most likely a manifest rather than a type

Hamish McTavish suggests, only half-seriously, that the Merriweather boys might be bogles
Courtfolk
Women are maids or ladies and men are men or knights
Courtfolk characters include

Piers Le Fay (who has a midsummer knight manifest)
His cousin Niall Le Fay is half elf, and has a Christmas elf manifest)
Piers pops up in Hot Summer Knight

Louis and Precious Skipton
Andre Skipton and his wife Cecily Le Porte
Their sons Luc, Quant and Roderick (who is yeoman court)
Giselle, Suzette and Yvanne Skipton
Lillianne Persimmon-Skipton and Andreas Skipton: father of the above
Roderick's daughter Ryl is half court and half pixie
Marguerite du Fen and her cousin Babette du Fen
​Matilda du Fen

Mainly in Floribunda and the Best Men and Midsummer Melody, Sam and the Sylvan and The Kissing Ring

Natalia Echo from The Kissing Ring
Her daughter Felicity Echo has a court father so she's a halfling. (She's from Tied up in Tinsel)

​Sighilda Lund
Under the Christmas Tree

Women are maids and men are men

​Divka is a fisher maid, but that may not be her real name
Man Overboard

Under the Christmas Tree

Faun-like folk who deal well with fay goats and love fun. May be a manifestation rather than an actual type
The arcadian is one and he is certainly a manifestation
​Hobs
Women are maids and men are men
Hob characters include

William Cliff is a stable hob. His daughter Whim is a halfling with a water maid mother
Joss Hollander (stable hob)
Joss' daughters...

Nicholas and Patrick Cornfellow, their wives and children

​The Treadwell clan including Mistress Joan Treadwell, Arthur Treadwell and Dara, are hobs with a troll manifest
​
​
​Leprechauns
Women are colleens and men are gossoons

​Tegs
Women are gwynnies and men are griffs

​Piskies
Women are misses or minxes and men are men

Mutable fay or "muties" are usually regarded as manifestations rather than types. They can occur in just about any type

Calypso Lindon Peckerdale is a leprechaun colleen with a calico cat manifest named Calico. Unlike a lot of other mutis, Calypso possibly spends more time as Calico than in her colleen mode

Pure Sylvan all have extreme mutability switching from male to female
Courtfolk and Braefolk are often mutable having manifest selves that look and sound quite different.
Gentian Hillyard Grene has a manifest self; an apothecary named Mistress Dandelion

Calypso Lindon, Gentian Grene and Joan Treadwell aside, extreme manifests are rather more likely to occur in men. Women's manifests are usually more like strong talents

​Waterfolk
Women are maids and men are lads

Halflings come in two types: half fay and half human, or half one type of fay and half another. The first definition is more common. A pureblood pixie will say, "I'm a pixie". A pixie with a human parent may say, "I'm a halfling" whereas a pixie with a leprechaun parent may say, "I'm a pixie mix". She could also say, "I'm a leprechaun mix" but the fact is, most mixes throw more to one parent than to the other. Sometimes a distant ancestor's genes might "throw hard". For example, Sean McTavish is almost pure Braefolk, but had one leprechaun great-grandfather. As a result, Sean may look like a braesider but he feels like a leprechaun. The mixes may not be exactly half and half. Anyone with one fay great-grandparent is usually termed a trace fay.

Animals Over There vary from quite ordinary creatures to the extraordinary. They include cloud-steppers, Connemara cobs, Connemara ponies, kelpies, fay cattle, fay deer, fay goats, and fay hens

Cloud-steppers
Truly alarming creatures which are manifestations of steeds.
Hero, The Steed, and Mon Beau Cheval are all 'steppers.  Hugo, Rouge and Artemisia are the steeds that have these stepper manifestations,

Connemara ponies
These grey ponies live in Erin a' Fee

Fay cats
These are similar to our cats but larger and more intelligent
Millie is a fay tom. So it Rasputin.
Mistress Calico and Mistress Tapestry, the red cat and Ink are different, being manifestations of mutable fay.

Fay cattle
In the courtlands and green way, fay cattle are generally smaller than our cows, rougher-coated and have roan or patched coats

Fay deer
Similar to fallow deer, these live on Heather Island in the Star Pin Archipelago

Fay goats
Coloured goats that inhabit much of the mainland and also Arcadia Island in the Star Pin Archipelago. They are clever and comical and have a high sense of their own importance. Peter Peckerdale keeps some at Peckerdale-Grene tower in the copse. Tarry is a fay goat. He has lived for a very long time

Fay hens
These live on Hob's Island
​
Kelpies
Only two have been described so far. Of the first, Ancel de Libre, who has spent the most time with her, still isn't sure whether she's an actual full-time kelpie of an extreme manifestation of a horse. Her name is Blessed. The second is named Fash. She carried Lambert to the brae and took him and Dornie back to Erin a' Fee. She later transported Emer to visit there.
​ 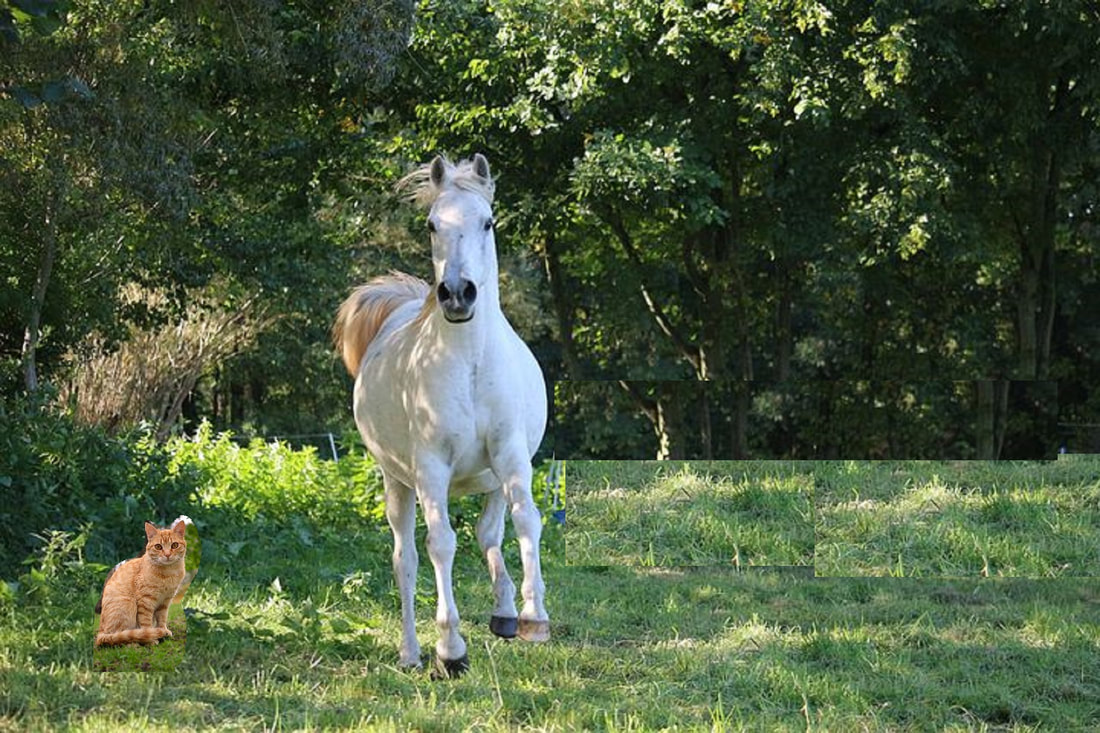