Coming soon... I Promise and Court in Between, are two more delicious stories in the Fairy in the Bed series. 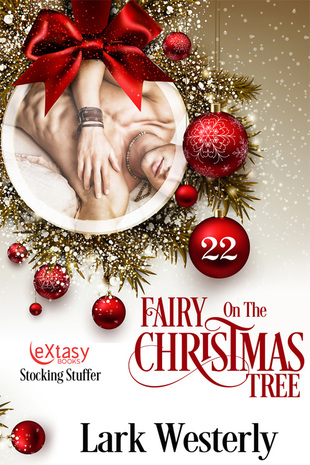 Fairy on the Christmas Tree

A phone in the custard and a fairy in her bed!

Frances has just broken up with her boyfriend and finds herself alone and comparatively cashed-up at seven o'clock on Christmas Eve. She has drowned her phone in the custard, and her heirloom Christmas tree is a drooping disappointment. Frances steps out into the warm Sydney evening on a quest for a new tree and some supper. By midnight... let's just say a lot can happen in a few hours when you meet an equal opportunity elf named Egbert.  Romantic comedy fantasy 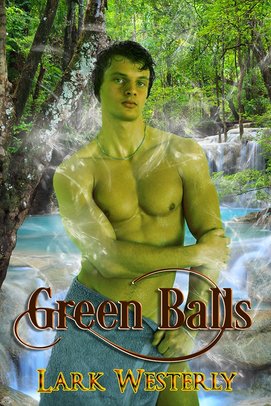 A wish gone wrong and a fairy in the bed!

Peckerdale Grene is a fix-it pixie who works as a mechanic and lives at the family community tower. Peck’s ambition is to service a wish, and when an almost-suitable wish is made, he’s ready and waiting. His wisher, Chloe Fraser, threatens him with pepper spray. Peck’s problems multiply when he discovers the green balls condition he thought was a myth is very real. Only one person can cure him and she’s already turned him down. 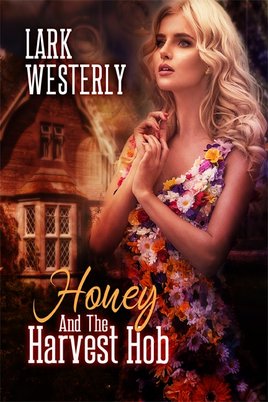 Honey and the Harvest Hob

Honeymoon for one ... and a fairy in the bed

​Everything goes Honey’s way until she’s left at the altar on her wedding day. Unable to face the wreck of her hopes, she flees alone to the honeymoon cottage. The beautiful rustic cottage is balm to her disappointment, and so is the man who lets her in and feeds her a ravishing supper. But who is Hob Cottman really? Why does he call her his love? What’s with the cycling colours she sees on his skin? Warmed and enchanted, Honey puts all the questions aside, but one day the honeymoon is over. Can Honey and her harvest hob find their happy ever after? 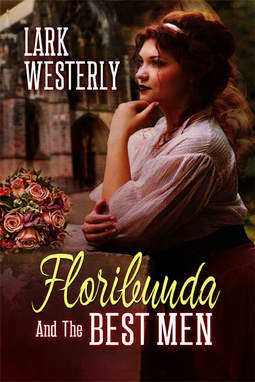 Floribunda and the Best Men

One bounteous bridesmaid and two fairies in the bed

Plus-sized florist Floribunda "Flori" Alexandris has no idea why Pen Swan should invite her to be a bridesmaid at her wedding, but she agrees anyway. At the church, she encounters the two best men; the biggest Scottish ginger she's ever seen and a cool blond Sir Galahad type. She can’t choose which one she should shake hands with first, or whose hand to accept for the bridal waltz. Flori likes the look of them both, but that's nothing to their magnetic reaction to her. How to choose? The men have their own creative solution, but there's something exceedingly odd about Hamish McTavish and Gervais St Clair. They don't offer to drive her van and when she runs off the road in the middle of the night no mention of women drivers crosses their lips. So that settles it. They can't possibly be human.

Fantasy romance/ menage a trois.
​Fairy in the Bed series... . 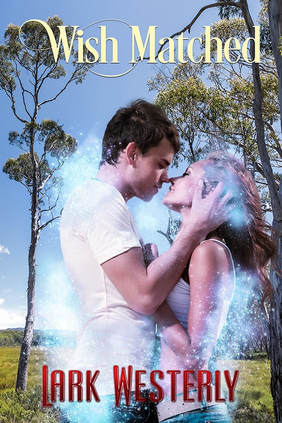 A journey to romance…and a fairy in the bed.

Susan has no direction in life until the day a strange compulsion sends her on a journey to the lover she never knew she wanted.
As Si waits for his wished-for love to arrive, he thinks back over the strange events that brought him to where he is today.
Wish-Matched is a romance that ends with the lovers’ first explosive meeting.

This story is set in the 1980s, with flashbacks to the late 1970s. Si and Skye (the name Susan takes later) appear in their later  years in Pisky Business, and again in Pen and Ink, Floribunda and the Best Men, Honey and the Harvest Hob ​and other future titles.

Tied up in Tinsel 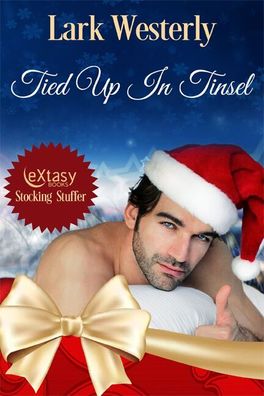 Tied up in Tinsel... and a fairy in the bed

Little George Dark wants his dad to be happy, so he gives him the best present he could possibly wish for.

Felicity 'Flick' Echo is happy to service a wish for George, but does it have to involve being all tied up in tinsel?

This Christmas story takes us back to where it began: Sydney at Christmas time. By now, Niall Le Fay and his lover Frances Eckman have been living happily in the terrace for a year. Niall's cousin, Flick Echo, an elf-court mix with a Christmas angel manifestation, pops through the Glebe gateway to visit them. Along the way she meets George, who is grieving for his dad, alone at Christmas. This story is set in late 2017

The Courting of Eileen 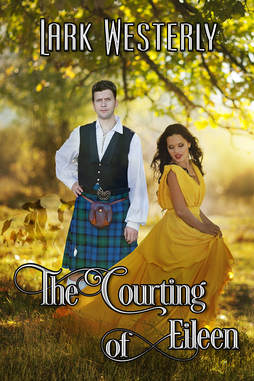 Courtship by arrangement…and a fairy in the bed.

​Eileen o’ the Mist is annoyed when she learns her brother Kieran has arranged for a braefolk man to court her. On the other hand, what is a tall colleen to do when the local gossoons would have to stand on a bucket to kiss her? She agrees to meet with Sean McTavish and see if they can come to terms. All seems well, but Sean has an alter ego. Can Eileen come to terms with Shamus too? And why does Sean conjure a yellow dress for Eileen to wear? There’s someone waiting beyond the mist, and Eileen needs her courage to venture there. 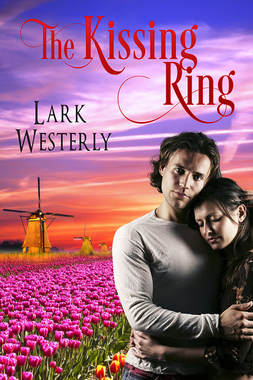 A ring to seal a promise... and a fairy in the bed

When Tom meets the enticing Ryl Skipton, he knows right away that she’s trouble. Not only is she full of magic, but she’s not his age, his type or even his species. Moreover, a misstep in his past makes him doubt he could ever hope to have her. Unfortunately for Tom’s peace of mind, Ryl has other ideas.

This is the story of how Ryl and Tom got together. Tom is mentioned in Pisky Business and he and Ryl appear, separately, in Wish Matched as Si's best friend and Si's guide to Over There respectively.They show up in Pen and Ink and Floribunda and the Best Men as well as in some future titles. The Kissing Ring takes place in the 1980s, concurrently with Wish Matched

Sam and the Sylvan 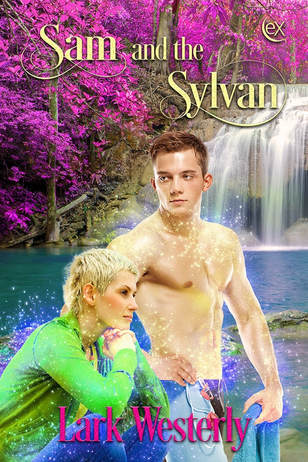 Sam Silver has a problem... and a fairy in the bed
​
​Sam Silver feels like a stray cat. At thirty-five, she looks like a teenaged boy, and not in a good way. The only men who want her are curiously desperate or desperately curious. She’d love to get laid just once by someone nice. When she meets Oash, she can’t believe her luck, but what would a beautiful sylvan want with a professional stray like Sam? 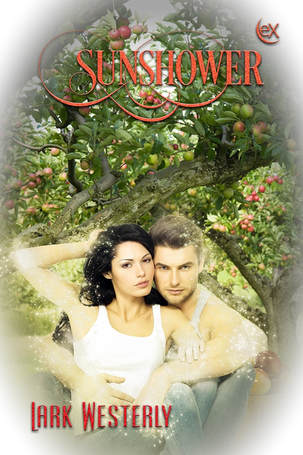 Lovers on a mission…and a fairy in the bed


Tab wants Josefa to be his forever, but for Josefa, the four years between them and her disastrous track record with men loom large. Tab sets out to prove he’s the man for her by involving her in a road trip with a rescue mission in mind. The brief—to contact Sam Silver’s great-aunt Sofa and give her a message from Sam. The message includes a lament and Tab’s afraid it’s about to become his theme song.
Calico Calypso 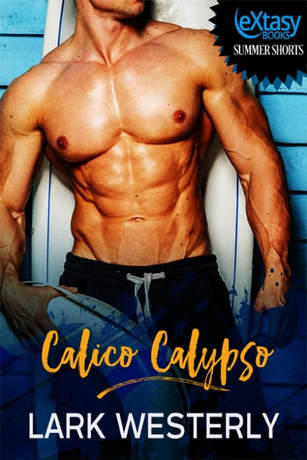 One repressed pixie…and a fairy in the bed.
The summer is hot, but with Kris, it’s not. His brother and sisters are all loved up with their forevers, but for Kris, that’s never been an option. He can get all the sex he needs down by the falls, but as everyone knows, he doesn’t do emotion. A night out with a friend brings him to The Cats’ Pyjamas. Here, he sees an incredible woman…and a cat that follows him home. 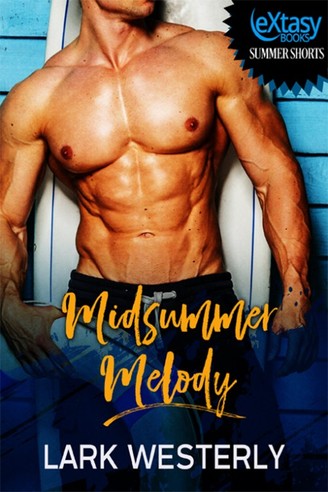 A Midsummer Ball…and a fairy in the bed.
Roderick is a courtfolk man and Melody is a pixie miss. When they meet at the Midsummer Ball, Roderick’s peaceful future goes right out the window. What can he do with a girl who reacts to a court bow with a passionate pixie smooch? Whatever the answer, he can’t possibly do it in the ballroom! 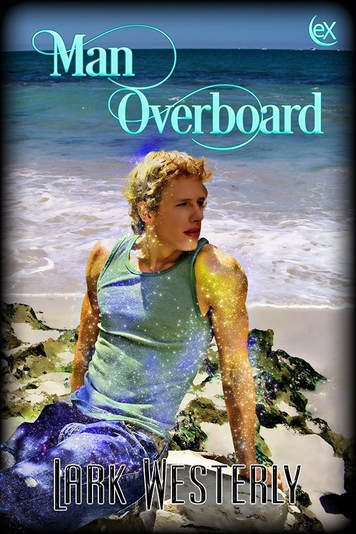 Man in the ocean… and a fairy in the bed

Zach went overboard to save a woman he didn’t know. He never thought he’d need saving himself. Jisinia went to Hob’s Island to investigate a dangerous discovery. She never expected to rescue a stranger. While Jin tries to sort out what to do with her man overboard, Zach’s friends, old and new, face their own problems. The fall-out from his rescue leaves everyone shaken and quite a few of them stirred. 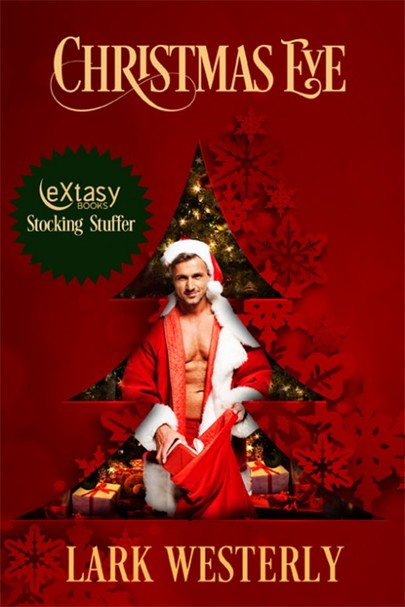 An interrupted evening …and a fairy in the bed

Eve is about to enjoy some vigorous water sports when she gets the call. Someone needs her this Christmas Eve, and it’s up to her to work out who and where.
Raph is driving a taxi that isn’t his when he sees the brown-eyed beauty looking lost in an alley. He stops to help her out, and she gives him the best Christmas present ever. 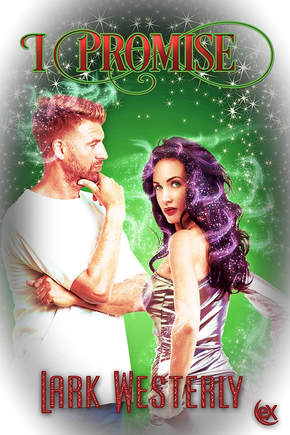 It’s the one thing Promise Grene can’t bring herself to say. I promise. How could she after she broke her promise to the red-haired boy? It wasn’t her fault, but every Christmas Eve she’s reminded. Another year older. Another Christmas when she hasn’t kept her promise.
When her cousin kidnaps her in France and brings her home to attend her brother’s wedding, Promise takes a chance. If she can find the red-haired boy, maybe she can keep that Christmas promise? 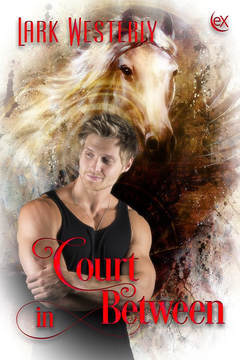 A man with a horse… and a fairy in the bed


Court Leopold loves his life. He’s happily single and tours the country as one half of the indie band Courtesan. On the eve of his twenty-fifth birthday, his mother gives him a gold fief ring and says there’s a horse and a birthright to claim. Court expects to fit this duty between gigs, but once he meets Artemisia and his keeper, the hob maid Tansy Thrift, all bets are off. Is Court’s perfect life gone forever? 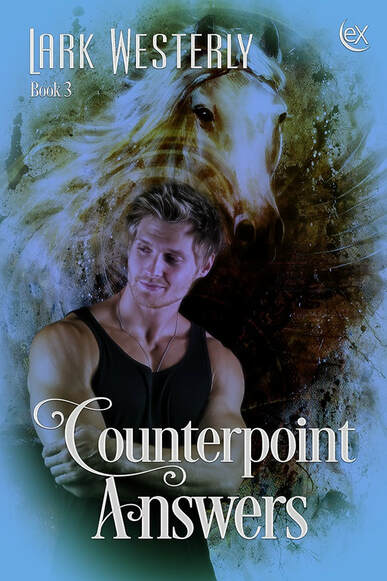 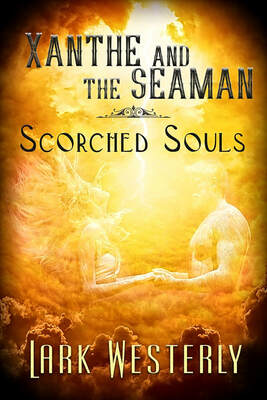 Xanthe and the Seaman

​Captive in a lair…and a fairy in the bed.
Xanthe Persimmon needs a man, but none of her lovers ever comes back for a return engagement. When Percy Brioche leaves her bed in silence, Xanthe forces him to tell her why. Chilled and disappointed, Xanthe goes to the cliffs and dares herself to walk along the rocky path at midsummer tide. She finds herself in the lair of a seaman—the least understood and the most feared of the fay. Sparks fly in the hot lair and Xanthe makes some exciting discoveries about herself and her desires. There’s just one problem. The seaman won’t let her leave. Hot sex aside, Xanthe knows fulfilment is an illusion if she has no choices. 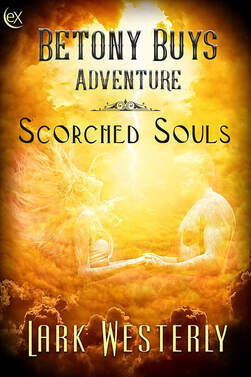 Ticking the yes box…and a fairy in the bed.
Betony Field has stuck by the rules and paid her dues while life with a capital L passed her by. A few days before her thirty-fifth birthday, her boyfriend calls it quits, she loses her job, and also her flat. She recovers her life, sans boyfriend, but then Betony decides to blow some of her rainy-day fund on the adventure of her life. There must be a catch, but in the meantime, should she tick the yes box offering sexy fun? 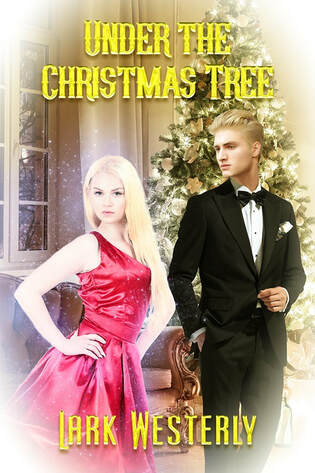 BLURB
Ancel de Libre liked unusual things, so when his cousin Foss gave him an odd gift and he failed to show anyone, no one thought much of it. That is until Ancel went to Erin a’ Fee to court a lady and vanished.
Suzette Skipton was tired of seeing her sister Yvanne moping over their clueless cousin Tabor, so she went to the cliffs alone on Christmas Eve and made a wish.
After that, a horse went over a cliff, Suzette got swept off her feet and at last her wish came true, under the Christmas tree. 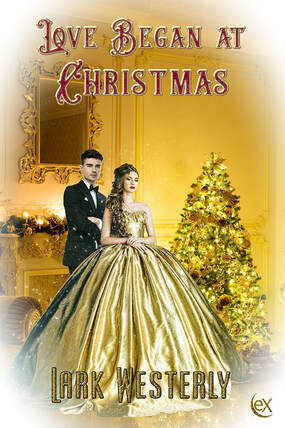 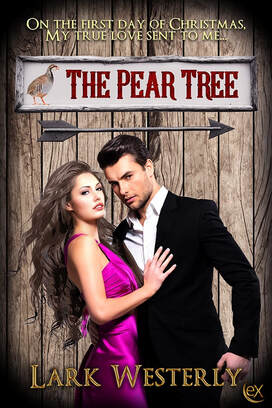